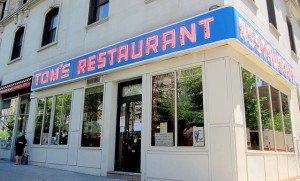 Although these posts are mainly geared to writing in the workplace, let’s look at common speech for three symptoms of failures to communicate concisely:

(Granted, in the age of Seinfeld, “yada, yada” served as a cute substitute that may have deflected the acknowledgment that we were communicating inefficiently, but the last Seinfeld episode appeared in 1998.)

2. Over and over again – sometimes used in repeated over and over again, making it even worse. The irony here is that this wording often crops up when pundits are commenting on a political point that has become stale, but the pundits are guilty of making the point even more tiresome with their fat phrasing. Why not opt for “over and over,” without the “again,” or just “repeatedly”? (The fill in the official has said repeatedly that he fill in the denial.)

3. So to make a long story short. Ugh (see blah, blah, blah). And, of course, when we utter this cliché, we are vulnerable to someone heckling us with “Too late!”

Yes, we are all guilty of communicating inefficiently when we talk, but the writing process gives us the opportunity to perfect our communications in two primary ways:

This entry was posted in Brevity, Flair & Finesse. Bookmark the permalink.