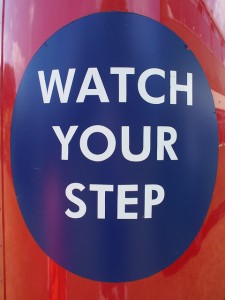 1) “Impactful” is in the dictionary, but it made its appearance there relatively recently, and some folks consider it nonstandard. You may want to avoid “impactful” for a few decades to see if it gains full acceptance.

2) “Impact,” on the other hand, is universally accepted, but it is often vague. In “The new batting coach has made an immediate impact,” for example, we need more information. Are several players showing more patience at the plate? Are they hitting for more power? Did they get better at bunting?

We can explain the coach’s impact in the next sentence, or, more efficiently, write something like this: “The new batting coach has made an immediate impact on several players’ ability to hit to the opposite field.”

3) Notice also that if we use “impact” as a verb, instead of as a noun as in #2, the clarity issue doesn’t go away. For example: “The recent staffing changes have impacted our budget.” “Impacted” how? Did the changes relieve budget problems or strain the budget? Whichever it is, that’s what we should specify.

4) And there is another reason to think twice about using “impact” as a verb. Many experts reserve the verb for a physical impact, as in, “The rocket shell impacted the south wall of the factory.”

Just be aware that when we use one of these solutions we will generally still want to specify how the students were changed. (Did Mrs. Foster give the students a permanent aversion to public speaking? Let’s hope her impact was more on the lines of instilling a lifelong love of reading and writing.)

This entry was posted in Commonly Confused Words, Flair & Finesse. Bookmark the permalink.