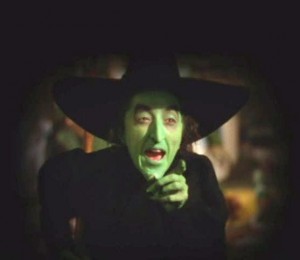 Knowing when to use that and when to use which is not as wicked a situation as you might think. Simply put, we use that to introduce a phrase or clause that is essential for clarity. We use which to introduce something non-essential. (Because the section is not essential, it needs to be set off by punctuation.)

So imagine my surprise a few days ago when I spotted this error (altered for brevity and clarity) in a major magazine: Questions which try to assess emotional intelligence appear at the end of the test.

Here’s another way to point out the distinction. Note the difference in these two sentences:

We’re almost ready to tackle a few sample sentences, but first let’s clarify something. Don’t confuse “essential” with “interesting.” A phrase or clause might seem important because it contains information that is compelling, but is it necessary? In “B,” for example, we add interest by noting that the cherry tree barely survived the storm, but without that clause, the sentence is still clear: My parents’ cherry tree is more than 30 years old. The fact that it barely survived a storm is incidental.

On the other hand, if we delete that barely survived the ice storm from “A,” we’re left with The tree was more than 30 years old. Which tree? We don’t know. So those six words are essential.

1. My red notebook, (that/which) I’ve had since I began my job three years ago, is filled with vital notes.

2. The traffic tie-up, (that/which) certainly surprised me at 1:30 in the afternoon, almost made me late for my interview.

3. The TV series (that/which) my cousin directed has been renewed for a second season.

In #1 and #2 the sections within the commas may be worth conveying but they’re not essential. Read those sentences without the middle sections, and the sentences still make their main point. So the correct lead-in word is which.

In #3, however, we need to know the TV series is the one my cousin directed, so the correct connecting word is that.

Did you just realize you can attack the that/which dilemma from two directions? One tack is logic. Is the section essential? (Grammarians call this “restrictive.”) If it’s essential, the lead-in is that. The other tack is simply taking our clue from our impulse to set a section off with commas. If punctuation seems correct on either side of the section, that shows it’s not essential to the sentence, and we need to start the phrase or clause with which.

Look for the sequel

I promised you the that/which dilemma is not as wicked as some other sticky points in usage, grammar, and punctuation, but it is a bit involved, isn’t it? In fact, we’re not quite done, so look for a few postscripts on this topic next week – including situations where we don’t need that or which at all.