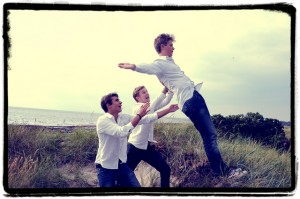 Is this correct? I shouldn’t have believed Pam’s story, but I guess I’m too trustworthy.

How about this? When Pete explained why he arrived late, I was suspect.

What? You think they’re both wrong? You don’t trust me?

Okay. You caught me red-handed. They are both incorrect, so let’s review the common confusion.

We shouldn’t say or write trustworthy when we really mean trusting, as in the sample above. Someone we have faith in to tell the truth or behave honorably is trustworthy. But if we find nearly everyone trustworthy, perhaps we are too trusting.

Knowing when to use suspect vs. suspicious isn’t much harder, but the explanation is longer because of multiple meanings. Bear with me.
• Suspicious can describe both our attitude toward someone who is behaving questionably or the object of our suspicion.
• Suspect, as an adjective, applies only to the object of our suspicion. For example, I found Polly’s motives suspect. (So we were suspicious of her motives.)
• And, of course, suspect is a noun: The police now have a suspect in custody.

You can trust me

This entry was posted in Commonly Confused Words. Bookmark the permalink.