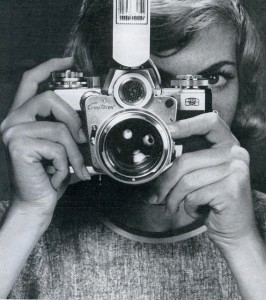 At two of my recent writing workshops, I figured many participants would want to devote some time to discussing the use of photos to complement text – whether that text was for a brochure, newsletter, email blast, website, or other material. If this is not a concern of yours, you have an excused absence. See you next week. But if this topic does appeal to you, here are a few thoughts.

As writers, we concentrate on themes, story angles, correctness, conciseness, word choice, and an assortment of other ingredients crucial to crafting a highly effective message. But how do our carefully conceived words stack up against a nifty design or compelling photo? Research has consistently revealed a decided edge in favor of design elements. They grab readers’ attention. So how do we handle this reality? With a “life ain’t fair” attitude or an “if you can’t beat ’em, join ’em” resolve? I say, “Join ’em.”

Use photos to advantage

Because I am in no way a designer, I won’t attempt to address aesthetic issues; I merely want to note a few common failings in making sure our photos advance our writing objectives.

Think twice about photos with more than three or four people. Yes, occasionally large group shots reinforce our message. A horde of runners at a 5-K fundraising race or a slew of volunteers serving meals might hit the mark, but generally we want to enable the reader to focus on a few faces. A long shot of hundreds of people at a banquet rarely conveys more than simply noting that our event attracted a record crowd of 360 people. Moreover, naming more than three or four people in a caption gets tedious (but, granted, that might be necessary if six VIPs in hardhats attended our groundbreaking).

Don’t fake it. Sure, action shots are best, but if no opportunity for that presents itself, don’t contrive a photo that will look phony. (The classic is two people earnestly pointing at something they are reading.) It’s better to just concede that the shot is posed and have the principals smile and look at the camera, especially if the surroundings provide valuable context.

Maintain quality standards. Given a choice of using a relevant but poor photo or going without a photo, I vote for the latter. Presenting a shoddy shot in our newsletter ranks with announcing an event that has already passed. Both make us look amateurish.

(Drum roll, please.) Particularly pertinent for writers are a couple of reminders about captions:

Consider moving a key point from body copy to a caption. (Remember, we said readers tend to pay much more attention to photos.) So if the fundraiser will enable 100 families to obtain subsidies for summer camp tuition for their kids – and we aren’t using a camp picture – why not include this key fact in the caption for the fundraiser photo?

Don’t bother saying something in the caption that is self-evident. (Supporters enjoyed bidding on dozens of items in the silent auction.) Amplify! (Items donated to the silent auction by more than 60 local businesses generated an additional $83,000 for the new day care center.)

Anyone who uses pictures in communicating knows we can never have too many compelling photos. A strong photo is gold, and we want to spend that treasure wisely.

This entry was posted in Flair & Finesse. Bookmark the permalink.