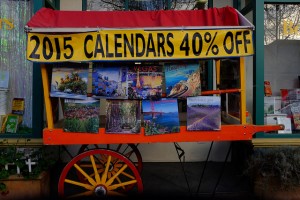 To round out the year, let’s review a few more issues presented in 2015.

2. The town’s (historic/historical) vote 30 years ago to build a six-lane bridge over the river ushered in a period of unprecedented prosperity.

Historical signifies merely that something happened in the past or relates to history. Historic means momentous – deserving of a place in history. Therefore, we want historical in #1 and historic in #2.

1. In his remarks at the all-staff meeting, our CEO (implied/inferred) that a new vacation policy would go into effect in July 2016.

2. Based on my neighbor’s description of the resort and its surroundings, I’m (implying/inferring) we’ll find a new trail to hike every day.

Infer and imply are fraternal twins, not identical twins. They go together, in a way, but they’re not interchangeable. When we imply we express something ambiguously – either purposely or inadvertently – and then the recipient of our message needs to infer what we mean.

Therefore, we want implied in #1 and inferring in #2.

What’s wrong with this sentence?

We only reviewed sales figures in the morning.

As discussed in a few posts, an extremely common misstep is placing only in the wrong spot. Often, it’s a case of no harm, no foul because clarity is maintained despite the glitch. But in a sentence like this one we have ambiguity. Taken literally, the sentence would seem to mean that the sales figures were only reviewed when more could have happened. For example, the figures could have been analyzed statistically or used in forecasting, but most likely the real meaning is one of the following two:

This entry was posted in Commonly Confused Words, Flair & Finesse. Bookmark the permalink.