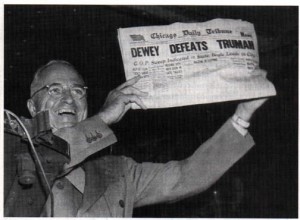 A major online news source committed two errors in one headline. Do you see them?

Both mistakes are in it’s. One is the apostrophe. Although we were taught the difference between it’s and its around third grade, some of us still slip on this black ice because the rule is paradoxical. Yes, we generally use apostrophes to show possession (Jane’s car, employees’ suggestions, children’s toys), but we do not use apostrophes in possessive pronouns (ours, hers, his, theirs, etc.). So the possessive form of it is its. (Of course, it’s is correct when we mean it is or it has, as in It’s been a while.)

The second error was probably not explained in third grade. Among the complicated rules for using uppercase in titles and headlines, one is that “important” words (nouns, pronouns, verbs, adjectives, and adverbs) get an initial cap even when they’re short. So we want It, Its, Is, Be, Can, Are, My, See, Do, etc., even when they’re not the first or last word in a title or headline.

(For this reason, it is safer and quicker to treat subject lines of emails as ordinary phrases, not titles. Why waste time figuring out which words get initial caps when capitalization rules are so tricky?)