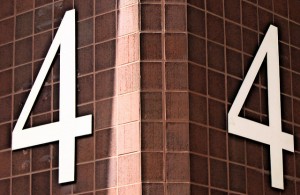 What minor repairs would you make in these sentences?

1. Smith might break out of his slump by reverting back to his old batting stance.

2. Did you know that Wilson was drafted right out of high school?

3. Johnson is the pitcher that broke into baseball as an outfielder.

4. Taylor has been giving up less runs since we hired a new pitching coach.

1. A word we should pay particular attention to when we proof our work is “back.” It is often redundant, as in “revert back,” “reflect back,” “refer back,” and “return back.” So we want “Smith might break out of his slump by reverting to his old batting stance.”

2. Another four-letter word on our hit list should be “that,” which is often expendable. Sentence #2 reads fine as “Did you know Wilson was drafted right out of high school?”

3. And for those times when we do need a word like “that” to connect two sentence parts, it’s better form to use “who” when referring to a person: “Johnson is the pitcher who broke into baseball as an outfielder.”

4. Remember that we want “fewer,” not “less,” when we are referring to a quantity as individual items – a quantity that can be counted. So it’s “less milk,” but “fewer eggs.” “Less determination,” but “fewer attempts.” And not “less runs,” but “fewer runs.”