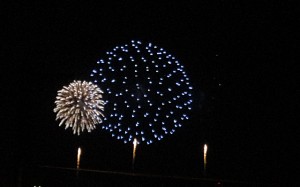 Which is correct: “New Year’s Eve” or “New Years Eve”? Do we need the apostrophe or should we leave it out? Or are they both correct? The answer is that we need it because we’re talking about the eve of the new year (just as “the book’s title” means “the title of the book”). So “New Year’s Eve” (with initial caps because it’s a holiday) is the way to go.

But that was only the warm-up. Now that we’ve dealt with the apostrophe in “New Year’s Eve,” what would you say is the most common apostrophe error the other 364 days? Ready? You don’t have to agree with me, but I’d vote for the mishandling of the apostrophe when dealing with names, particularly the illogical error of inserting an apostrophe when merely making a last name plural.

Let’s review. We make a last name like “Baker” plural the same way we make the word “baker” plural. Just add an “s.” There is no possession going on, so there is no call for an apostrophe. It will be fun to see the Bakers at the New Year’s Eve party.

And if the last name ends in an “s” or “z” sound, such as “Ross” or “Mendez,” we add an “e” and an “s,” creating another syllable, but there is still no reason to think about using an apostrophe. I’m looking forward to chatting with the Rosses and Mendezes at the New Year’s Eve party.

Easy. We just need to resist using an apostrophe when all we’re doing is making a last name plural.

So are we done?

That was the end of my quiz, but you may be uncertain about what to do when you are showing possession, so you’d normally add an apostrophe and an “s,” but the name already ends in “s.” You’ll be glad to know it’s hard to go wrong. Here are the situations.

They’re all correct. Just decide which style you like and stick with it. (And if you’re looking for guidance––thanks for asking––I prefer “Chris’s” and “Harris’s” because we are adding a syllable when we say it, so I like seeing it. But many writers and editors prefer omitting the extra “s,” probably because it looks clunky, especially after a double-“s”: Did you hear about Bess’s weekend?) So the choice is yours (Bess’s or Bess’).

Postscript: Yes, sadly, those welcome mats that say “The Foster’s” or “The Fullerton’s” are wrong, but at least the Fosters and Fullertons are friendly.

This entry was posted in Common Punctuation Errors. Bookmark the permalink.